We are glad to inform you that
1st DXN European Summit and 8th Anniversary as well as
V. Leadership camp will be held from 14th May 2017 to 17th May 2017 at Millenaris Congress Hall (Building B), Budapest and Hotel Azur, Siofok, Lake Balaton, Hungary respectively. 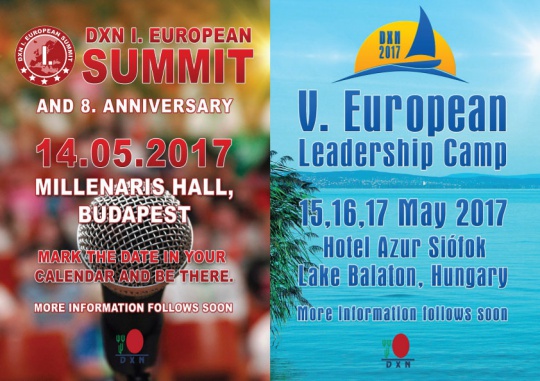 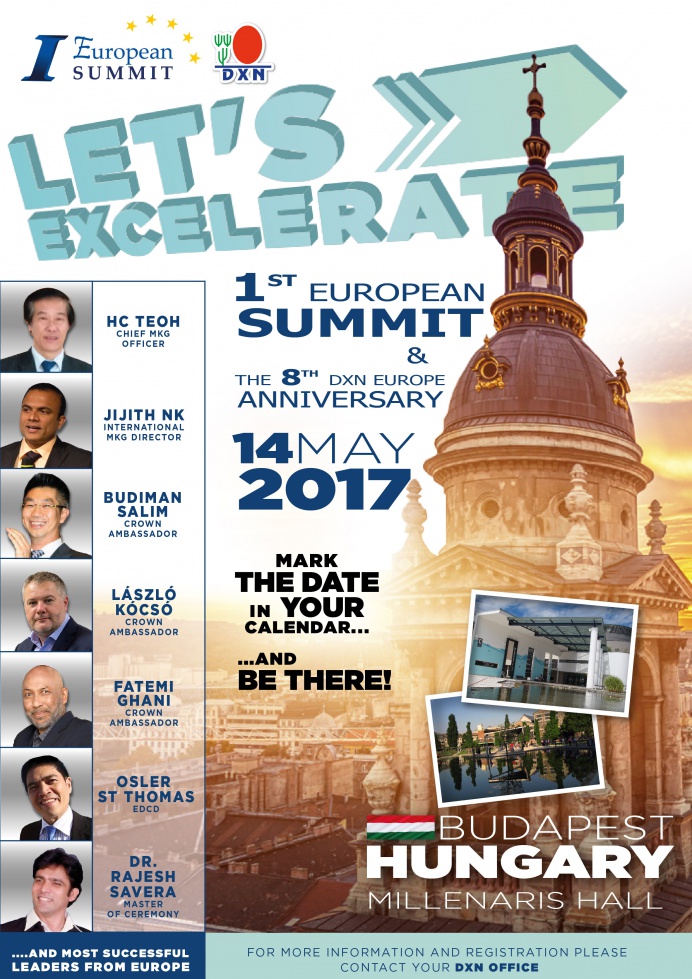 Leadership Camp: (Includes 3 nights accommodation on 14,15,16 and free entry to the European Summit)
Till Feb 28th 2017- Euro 350 inclusive of VAT
1st March – 30th April- Euro 375 inclusive of VAT
300PPV Club members (from Dec 2016 to March 2017) – Euro 320
Further details such as program and speakers etc will be informed shortly.
Please plan your flight to reach Budapest on 14th morning by 9am and depart Budapest after 6pm on 17th May.
In order for members to attend these programs free of cost, a promotional campaign has been designed, details of which are given below. 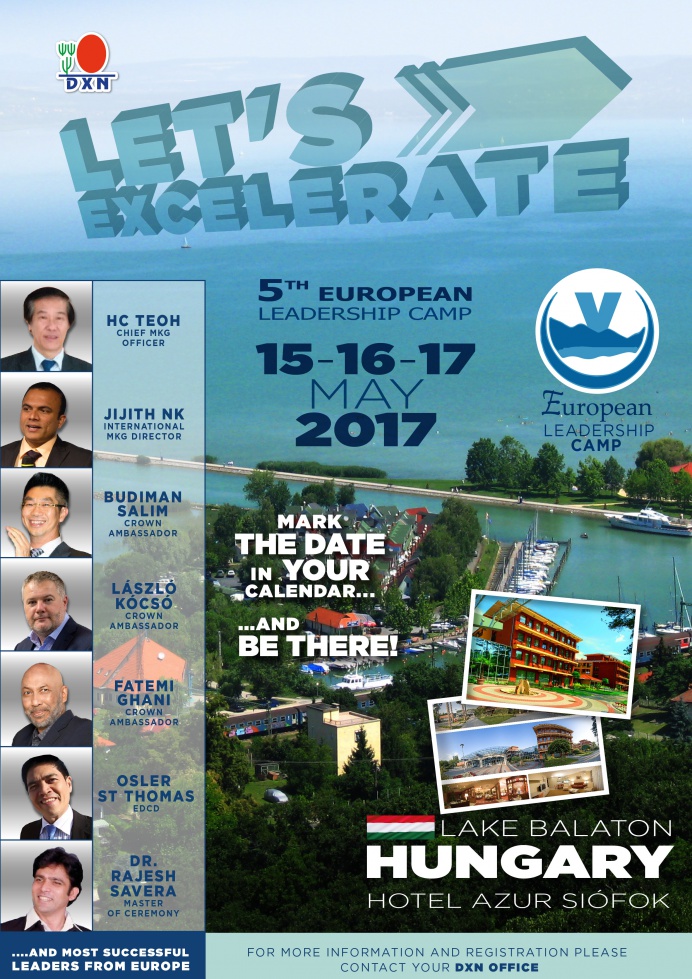 Terms & Conditions:
1) Only the newly recruited members and PV made in Europe will be counted.
2) New members who registered in DXN e-World must redeem STARTER KIT within the promotion period in order to be counted in the promotion as new members.
3) Backdate of KIT redemption is NOT allowed after the promotion period.
4) Qualifier will be entitled for free entrance to the 5th Leadership Camp and 1st European summit that will be held in May 2017 in Hungary.
5) DXN reserves the right to change the terms and conditions without prior notice or consent.
Note: Those who have bought the camp ticket early and later qualified in the promotion campaign, ticket cost will be refunded.
For further details –  Please contact the DXN Office of your country.